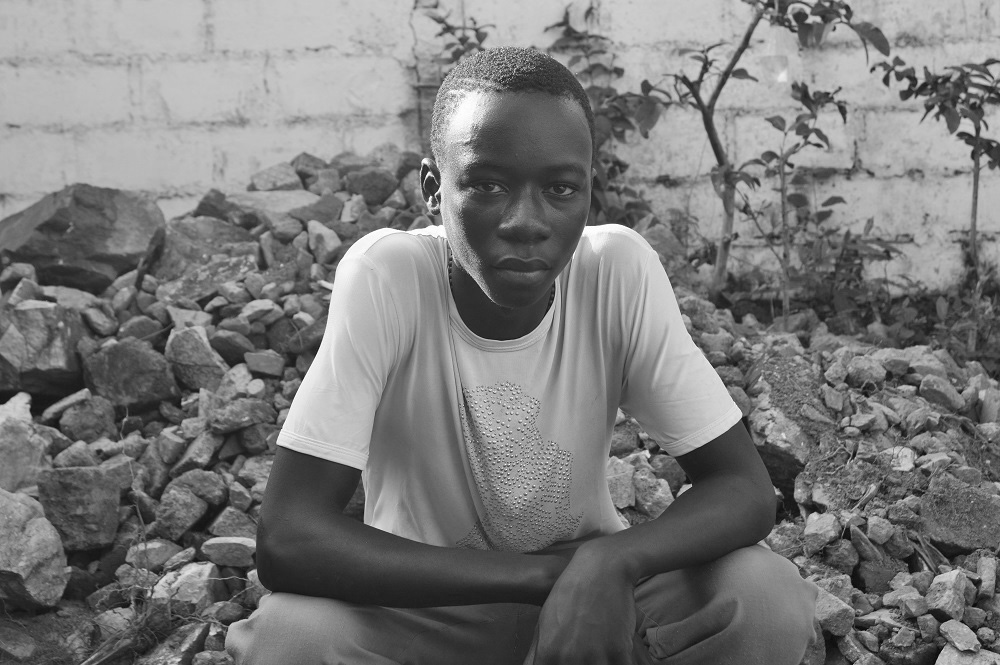 “I used to have a good life. But since the conflict started, things changed.”

Andrew pauses as he remembers happier times. His life is very different now.

He is asked if he misses anything about his former life. There is another pause before he answers quietly:

“There are lots of things that I miss.”

Andrew lives the Central African Republic which is one of the most neglected crises in the world.

He is 15-years-old. At his age he should be concentrating on school and playing with his friends.

But the crisis in his country means he cannot do any of those things.

SUFFERING IN THE CAR

Andrew’s soft voice and calm tone is at odds with the words he speaks.

“What really hurts me is the conflict. I wish for there to be peace here and that people can continue with their daily lives. Prior to the conflict I was able to walk in the street and come back anytime I liked. But since the conflict erupted I have to come home early.

“Lots of people are suffering.”

Andrew had been training to be a carpenter. His training was interrupted when the fighting escalated in his home town. He wants to finish.

But right now, what dominates his thoughts are the people he has lost and the horror he has witnessed.

“It pushes me to want to go out and fight to protect myself. I think about what’s happened to me and what I’ve seen; it is the first time I have witnessed such things.”

“This crisis resulted in us losing out on lots of things. This has put the country in a situation that we did not want.”

Andrew is faced with daily dangers that cannot be alleviated with food and water. His priority is to learn and be safe.

He has one simple wish for the future.

“I would like there to be peace in my country.”

HELP make Andrew's wish a reality - CONTRIBUTE to The Story Campaign below.