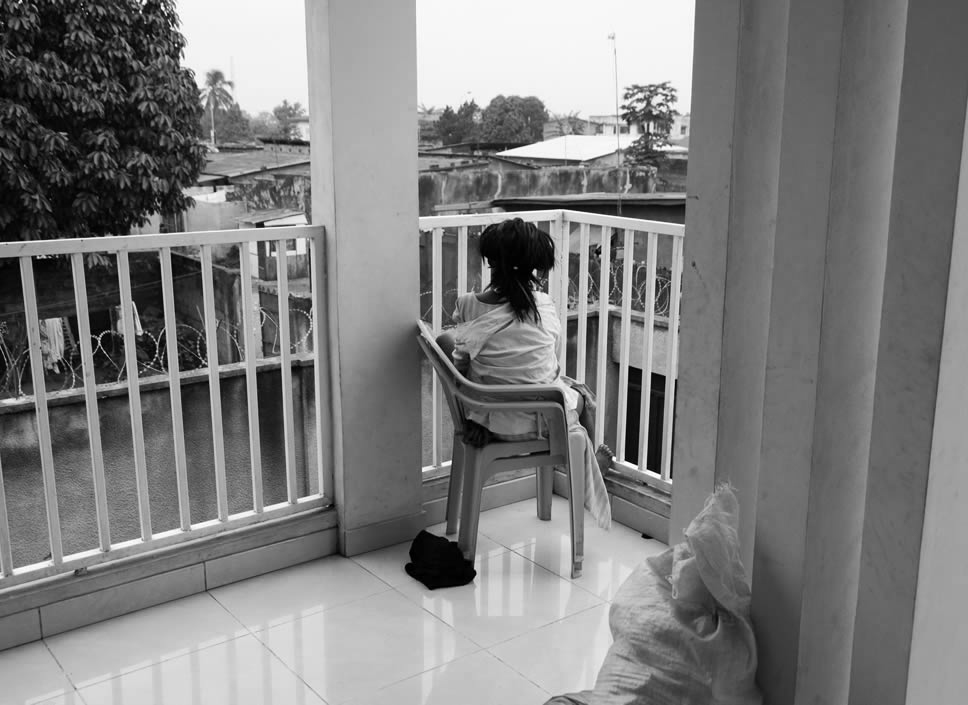 “ For a girl arriving on the streets of Kinshasa, her ‘initiation’ is only a matter of time. ”

It usually involves being gang-raped by a group of street boys. It’s a brutal and violent introduction to the life of abuse and prostitution that most girls are forced into. Selling sex is the only way they can survive, and many end up having babies as a result.

This was the fate surely awaiting 17 year old Bernadette. She’s a bright girl and had done well in school, but when she refused to marry the 56 year old man her mum had chosen for her, Bernadette was kicked out of home and onto Kinshasa’s streets.

But thanks to your help, War Child got to her before the street boys did.

War Child's drop-in-centre is a sanctuary where girls can come during the day and get a meal, healthcare and help with looking after their babies.

It also provides emergency shelter for girls, like Bernadette, who are extremely vulnerable. With a safe roof over her head, she’s now attending a tailoring course which will give her the skills to earn an income and set up a whole new life.

HELP protect girls like Bernadette. CONTRIBUTE to The Story Campaign below.