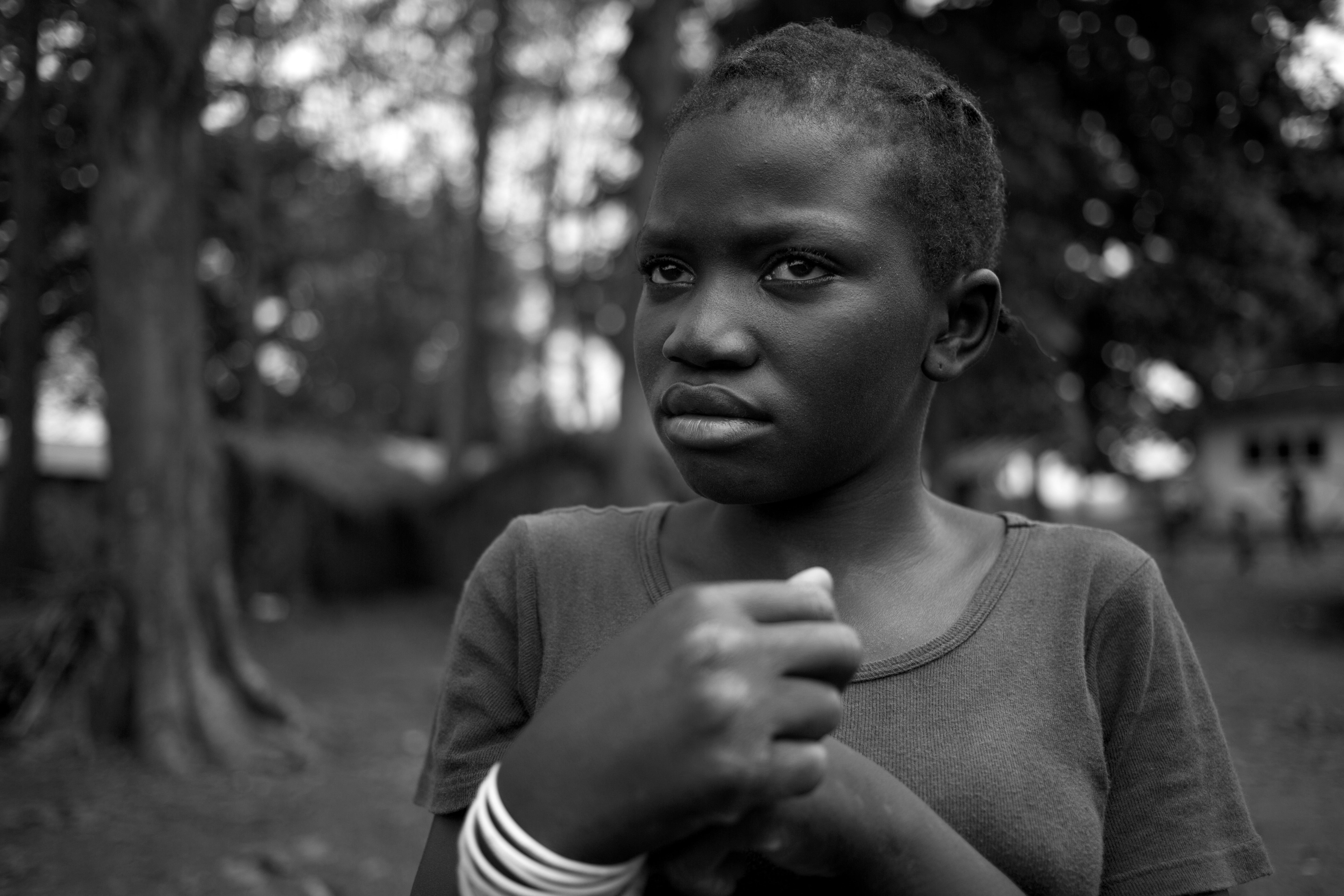 "It was about 10 a.m. and we were taking exams when the militia came to our school. They shut the door on secondary students. It was at that point the rest of us ran away." - Janet

Janet was forced to flee her village in the Central African Republic. They killed all the students in the secondary class. Not one of them survived. Janet fled to the church. But the militia set the church on fire, killing many people and she had to flee again. "So we came to this place." Janet fled to a camp for internally displaced people with her mother.

"My father was burned by a fire. He was in the hospital when my mother brought me to collect firewood over there [back in their village]."

“That's when the militia saw her and shot her dead.”

Janet comes to the War Child UK Youth Club where she can be around other children and overcome what has happened to her.

“I'm sad except when I'm playing with my friends.”

Janet has become a leader at the War Child UK Youth Club.

"If this space didn't exist, all we could do is stay at home with our sorrow and cry."

HELP children like Janet overcome the unthinkable - CONTRIBUTE to The Story Campaign.