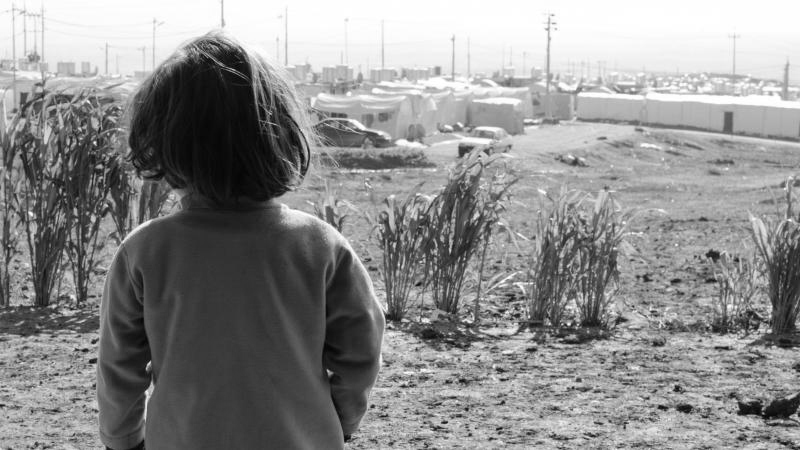 "She was always alone. She wouldn’t talk. She wouldn’t eat. She’d wake the neighbours with her nightmares. It was like the fear stopped her mind. She was too shocked to have a personality anymore"

Nour has lived in a refugee camp with her mother, Rana, and two sisters for three years.

When they fled their village in Syria, they didn’t know they would be amongst the 50,000 Syrian refugees who now call an 8m x 4m tent ‘home’. But they did know they had to leave, fast. Traveling by foot, at night, Rana, Nour and Hiba (then a baby) made their way across the hills.

But those hills are home to a militia group, who kidnapped the family. Held captive for 5 days, they were beaten, cut, stripped, starved and separated from each other.

Rana sobs as she shares how she tried to stay strong for her girls. Released, through negotiation by extended family members, they again set off on their journey from Syria. And, again, were kidnapped.

By the age of six, Nour had lived through war, fled from her home in the middle of the night and been kidnapped by an armed militia group twice.

Rana is warm and open and believes there will be ‘families who have suffered worse than my girls’. But her girls have suffered.

Nour is clearly traumatized; she sits silently and rarely registers any emotion on her face, evidence that these emotional scars are likely to take a long time to heal.

“She was such a kind, friendly girl, but I watched her go crazy. She was always alone. She wouldn’t talk. She wouldn’t eat. She’d wake the neighbours with her nightmares. It was like the fear stopped her mind. She was too shocked to have a personality anymore." said Rana, Nour’s mum

Yet Nour is making progress. She attends War Child's child friendly space each week and participates in their ‘I Deal’ group therapy sessions with the other children.

At first, she sat on the side, too shy to join in with the other children. By session 3, she began to smile and laugh and even start talking again.

“One day she came back to our tent with two friends. I was so happy. That was the most beautiful moment. I was starting to get Nour back" said Rana.