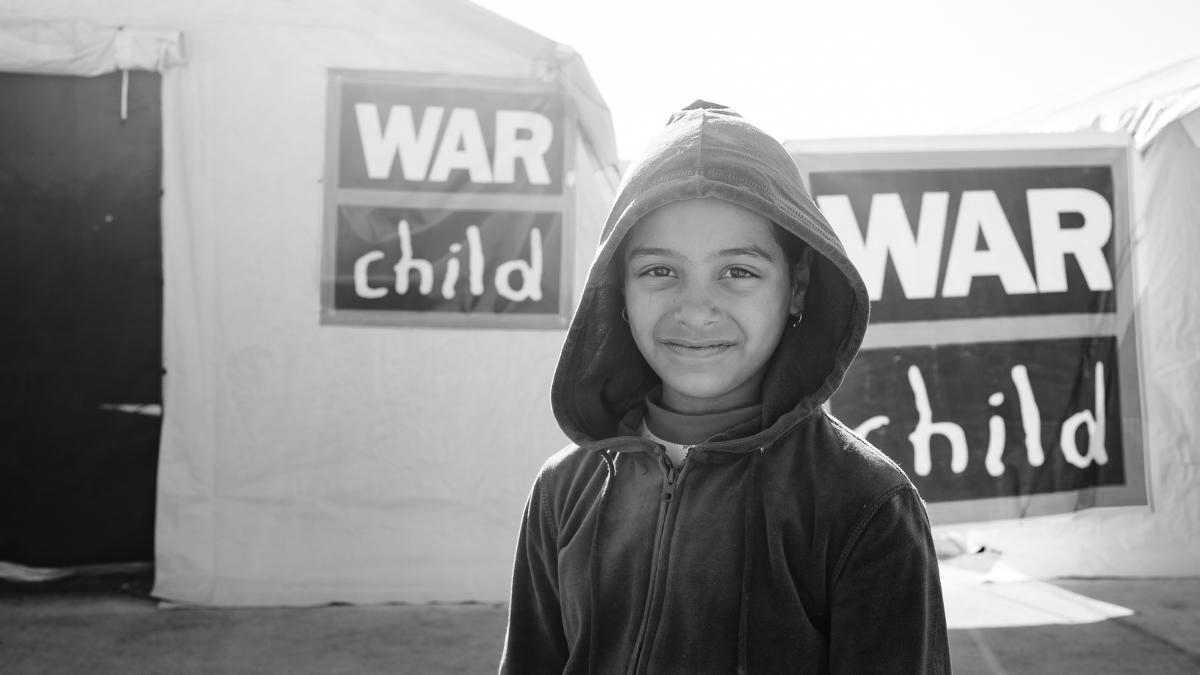 "The house was completely destroyed by the bombs."

"My mother and aunt were in the kitchen, and my grandfather was with my brother in the hall and I was alone in the corridor."

Zariya's mother, Maryam recounts the changes in her daughter during the two years they lived under ISIS.

"She was so afraid that Daesh (ISIS) might do something to her. She became just so scared and afraid. Whenever we needed to go out, Zariya would be so worried about covering everything. I would even ask her not to cover so much, but she refused. She would say, 'Please Mum, put on another cover and cover well so they will not do anything bad to us.'"

Zariya, now 10, lived on a farm in a village near the city of Mosul with her little brother, now 4, her sister who has Downs Syndrome, now 14, her parents and her grandfather. When ISIS came, she wasn't allowed to go out anymore and all her friends moved away. Her mother pulled her out of school when she realised what was being taught to the children.

"I was worried, I didn't want Zariya to learn these kind of things. Like, you have to cover, you can't talk to this boy, you shouldn't do that, etc. They only taught] bad things like war and fighting. Her only friends were her cousins that would visit from time to time. Zariya's grandfather felt so bad that the children were stuck inside that he built them a playground in the garden. And he got her a bike which was her favourite toy."

On the 23 October, in the midst of fighting between ISIS and the Peshmerga fighters, their lives changed again. "On the same day the bombing happened, I changed my room decor and put carpet and a new bed cover, and I didn't get to enjoy it" Zariya laments.

She tells us what happened, "Two ISIS members reached our farm and tried to hide. When the bombers came, they thoughts our house was Isis as well, so they bombed our house. My mother and aunt were in the kitchen, and my grandfather was with my brother in the hall and I was alone in the corridor.

The house was completely destroyed by the bombs. Zariya was buried under the rubble for about 15 minutes before they found her. She had a large burn on her arm and some other scratches, but luckily everyone was alive.

Once the family was all together they ran to the neighbor's house and remained there until they were taken to safety and to the camp. Now that they are at the camp, they face new challenges. Maryam's husband is still being admitted through the camp process so is not with them yet, and its furthering their trauma. The children miss him, especially Zariya, who begins to cry as soon as she talks about him.

"Before the crisis, we were doing well. But now they don't listen to me. They don't even listen to their grandfather, or anyone at home. And they always shout and are aggressive."

When they got to the camp, Zariya was reluctant to play and join the other children.

Their neighbor, Bashar, an education facilitator at War Child's Temporary Learning Space (TLS), noticed she was always hanging around outside the space and started coming over to visit her.

"When Bashar started working at the War Child centre, she would look at me and just smile. One day Bashar came and talked to me and then from that day we became friends," Zariya said.

I love Bashar because she takes care of me and she worries about me. She makes sure I'm not alone and she always walks with me to class.

Since going to the War Child TLS, Zariya has now also started going to school in the morning.

Maryam says, "Zariya is so happy now she's attending the TLS. She will come home from school and go directly to the space and sometimes she doesn't come back until 4.30pm...

"I realize that even these three days she's been forgetting about what happened. She's not asking about her father, and she's busy with her friends. Actually, I'm happy that I've seen a bit of change in her behavior. But I think she is still in trauma. She is playing sometimes, but she is still not the Zariya that I know."

Zariya says her favorite activity at the War Child TLS is drawing. She's drawn an airplane with three bombs heading towards the house. And her father crying in jail (where she thinks he is) and her sister and brother crying outside.

Looking to the future Her mother Maryam tells us, " I hope Zariya gets better...

I want a happy and smiling life for her, because she's cried a lot and I don't want to see the sadness in her face anymore."

HELP protect and educate girls like Zariya - CONTRIBUTE to The Story Campaign.