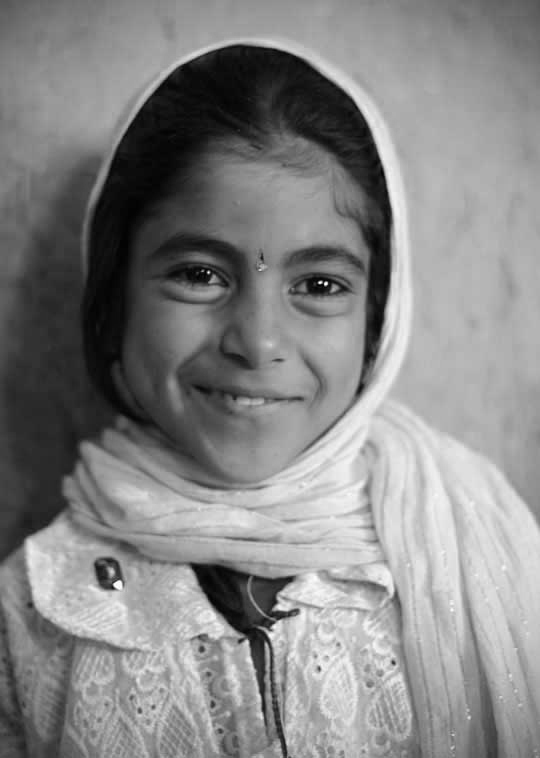 "Since going to the lessons Delaram has learnt so much and I can see that education is very important for her future." - Deleram's Mum.

Before she went to school, Delaram had wanted to be ‘a wife’ when she grew up. In this part of western Afghanistan, early (and arranged) marriages are common, and girls often become wives whilst they’re still in their early teens.

Deleram's family is one of 300 families living in temporary mud settlements perched precariously on the side of a working quarry. It’s a hard and dusty existence where clean water, food and healthcare are scarce. Fleeing the violence in their region meant leaving behind their homes, jobs and schools — and starting a new life from scratch.

War Child has helped to establish a basic school. There are no chairs, just mats on the floor. But they have provided the textbooks, stationery and bags that help give the children an invaluable education. Plus the playground toys that offer them the chance to enjoy the innocent pleasures of childhood for a few hours a week.

After eight months of literacy and numeracy training, Delaram looks up to her teacher as a role model who earns an income and has independence. It has broadened Delaram’s horizons and now she thinks about following a similar path. She doesn’t want to get married until she’s at least 20, and wants to have a job of her own.

Education itself is a battleground in Afghanistan and change won’t happen overnight. But projects like this are a vital lifeline for children like Delaram, and they can create a ripple effect across communities like hers.

She will hopefully grow up to inspire more girls – and ultimately her own children. Earning money and helping her community also helps to earn the respect from everyone in it. That’s how attitudes change in the long run.

HELP give young girls like Deleram an education and inspire other girls in her community to follow her path. CONTRIBUTE to The Story Campaign below.