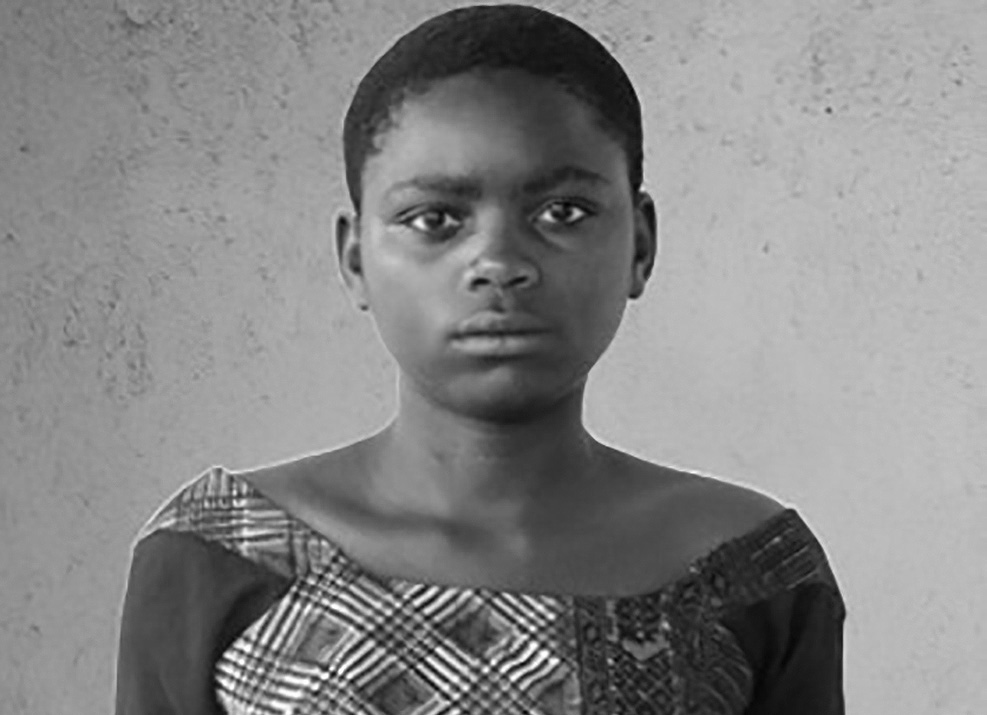 Agnes' childhood may have been taken from her but her future is a different story.

When Agnes was 10 she was abducted from her family's vegetable garden by Joseph Kony's notorious Lord's Resistance Army.

When Agnes was 11 she was forced to kill another child who had tried to escape: "They told me if I do not kill that person, they will kill me."

When agnes was 12 she was raped by one of the rebel commanders who took her as one of his 'wives'.

She managed to escape, aged 13, and fled to an army barracks. A few weeks later, she was reunited with her sister. "She was jumping up and down and raced to hug me. The rest of the family raced over. I was crying, she was crying, we were all crying" — Agnes

The war in Agnes' country is over but the effects of war on children don't disappear when the conflict ends. Agnes is now an orphan. She sometimes dreams about what she has been forced to do and wakes up crying. Many children who have suffered sexual violence find it difficult to recover. They are often forced out of their homes and isolated from their families and communities. Life on the streets is tough. Drug and alcohol abuse is a devastating consequence and many girls turn to sex work to survive.

What You Can Do

With your help, War Child is able to provide a second chance for children like Agnes. Their drop-in centers provide safe sanctuary, medical care and a chance to rebuild a life. They're also helping to enroll girls like Agnes back into education and life-skills training giving them a chance to earn a safe and sustainable wage. Thankfully, Agnes is now thriving and dreams of becoming a nurse.

Agnes' story is far from unique. Right now, girls and boys all over the world are being subjected to many forms of sexual violence in places of conflict. War Child is doing all they can to protect these children, but they can't do it without you. They were able to give Agnes the hope of a brighter future; with your help, they can give many other children the same chance.

War Child is committed to supporting children like Agnes as long as they need them to. That means they're relying on the help from people like you to spare a few dollars or anything you can afford.

"I want to be a nurse because I want to help people and make sure I can earn enough money to look after my family" — Agnes.

HELP give girls like Agnes hope. CONTRIBUTE to The Story Campaign.