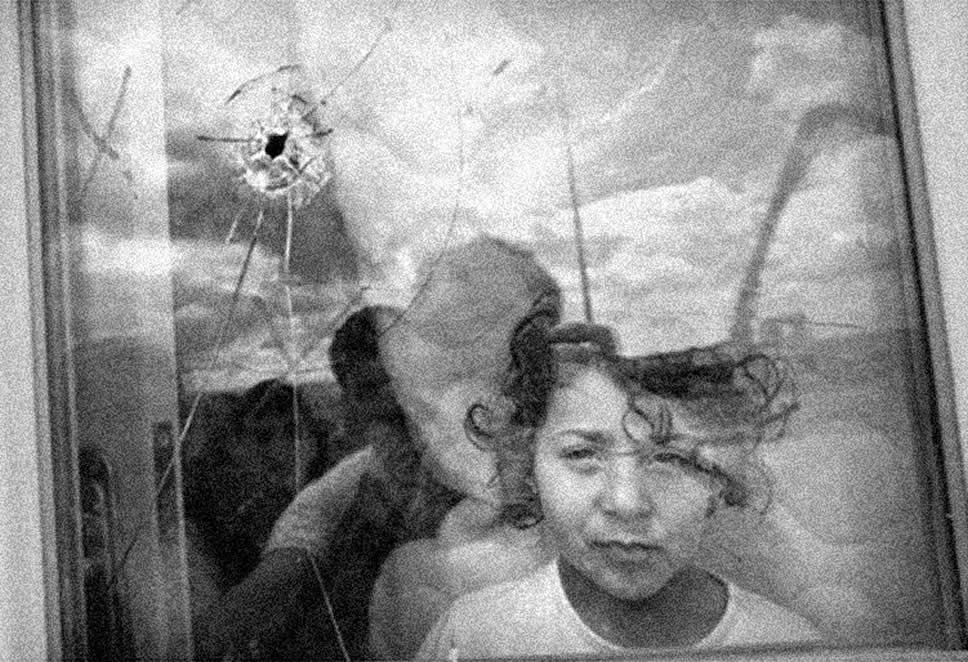 I went out with my mother to look for him. There was a lot of dust, I couldn’t breathe. My Mum was screaming… people were crying and there was lots of blood.”

10 year old Dima and her family were in a queue of cars waiting to legally cross the border into Lebanon – and escape the violence in Syria.

A month earlier their home had been destroyed by another rocket. Her Dad had got out to see what the hold up in the convoy was. Now he lay dead. “I recognised him from his boots. His face was covered in blood. My Mum was shaking him. I didn’t know what to do, I only felt my heart was beating faster than ever.” Dima’s mother and her five children were terrified and feared further attacks. They were forced to leave his dead body by the roadside. “I couldn’t even bury my husband ... I will never forgive myself.” her mother says through her tears.

They arrived in Lebanon with only the clothes on their backs, and the family are desperately trying to hold it together. Because they have no money Dima had to look after her siblings whilst her mum works and earns some money. Meanwhile, Dima was left to cope alone with her nightmares:“ I wish I never saw my Dad's body. I am trying to forget but I cannot. I see his face evey night… I cry but I don't let my mum see me.” Dima.

War Child’s team is on the ground in northern Lebanon where they are finding and supporting families like Dima’s. They've helped her and her siblings into their ‘Safe Spaces’ program – schools and nurseries where children have the chance to play and learn together in a nurturing environment. This sense of normality and routine is really important in helping children to cope with trauma.

War Child's social worker is also paying regular visits to the family, and the children are getting the counselling and therapy they need to try to come to terms with the terrible upheaval in their lives.

HELP provide girls like Dima with a safe space and protect her and her family from the atrocities of war. - CONTRIBUTE to The Story Campaign.